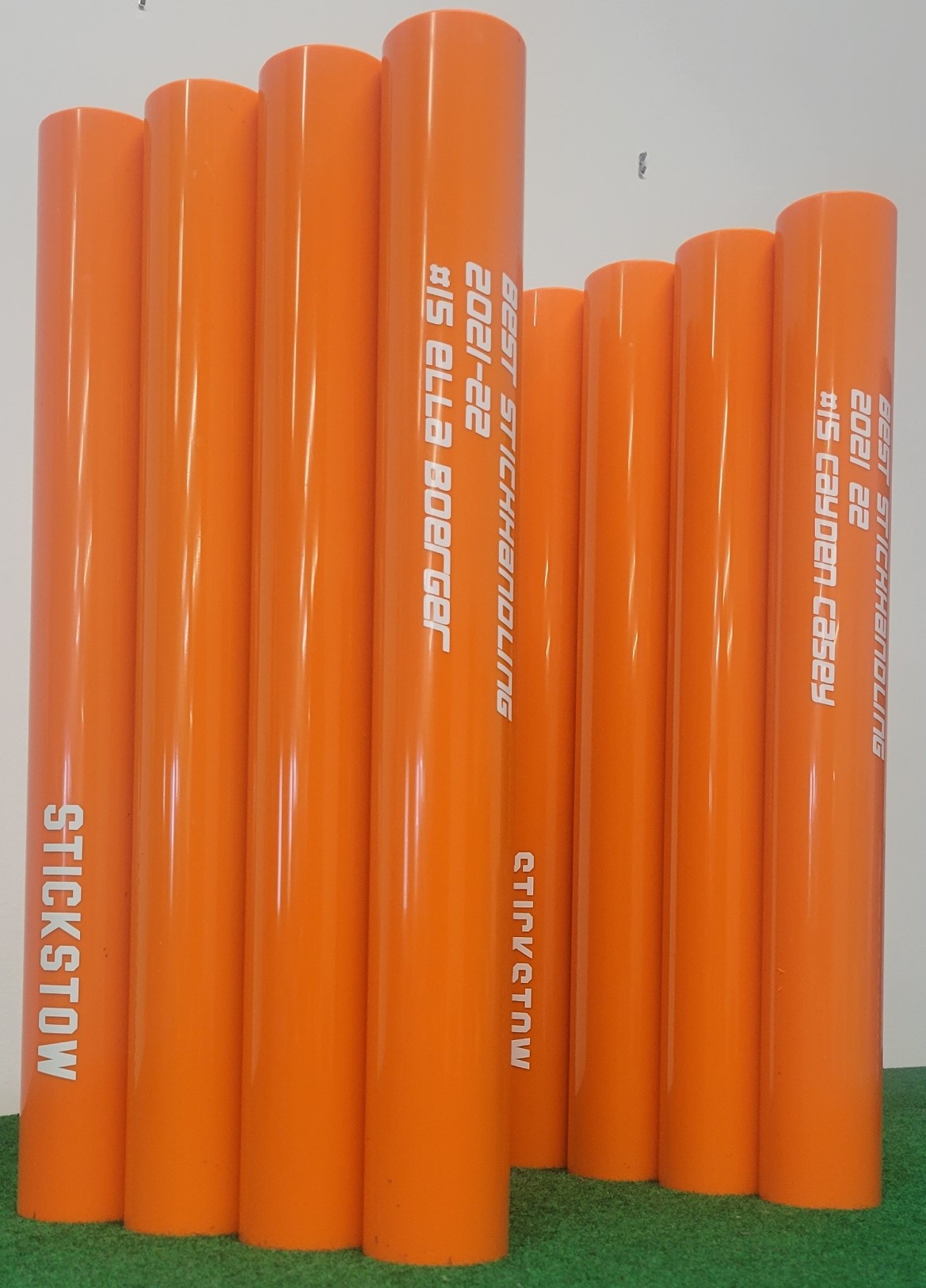 During the Minnesota State High School Hockey Championship game, Stickstow was scoring the boys and girls players for their stickhandling ability.  Points were awarded to players that demonstrated great stickhandling skills.  Judges primarily looked for players that dangled the puck through their opponents and around the ice.

The tally is in!  Your Huskies players provided amazing skill & talent.  It was a joy to watch and score the Boys and Girls championship games.  I feel fortunate that both Winners for this year’s Boys and Girls Stickstow Stickhandling awards go to (2) Andover Players.

“2021-22 Stickstow Stickhandling Players of the Game” recipients are:

Ella’s championship game was incredible.  Over the course of the game, we recorded 8 points for Ellas’s performance.   Ella dazzled us with her stickhandling skills which proved to be best in the field.  Ella stood out from many talented girls which were right behind her in the tally.  In the end Ella’s puck handling and skating skills proved to be to much for the competition.

Casey’s championship game was spectacular.  Over the course of that game #15 was trading places for the Stickstow points lead with many players from both teams.  In the end Cayden recorded 7 instances that dazzled and destroyed defenders and goalies.  His soft hands, presents of mind, and powerful moves provided the judges with the decision.  Cayden out maneuvered his peers to seal his place in High School Boys Hockey lore.  Stickhandling Player of the Year.

In the eyes of the Stickstow judges, Ella and Cayden reign superior among their peers during 2021-22 MN State Hockey Tournament.  The players ability to deke, dangle, hang loose and outmaneuver their opponents was beyond reproach.

Congratulations!  We have a trophy for each player.

Not only is your stickstow a trophy it’s also a working product.

Display your sticks in the stickstow with great pride.

Your stickstow was custom hand made for this event.  The orange furniture grade PVC is a one-of-a-kind build made each year for this tournament.  The color was selected to demonstrate your strength, commitment, dedication, and determination to play hockey at the highest level.

We are proud to share this token of appreciation to celebrate your hard work and personal fortitude.  We want to wish you and your teammates great success always.  Keep up the good work!

In an article written by Let’s Play Hockey.  Stickstow was deemed a stickhandling sensation.  From that inference Stickstow decided to develop a trophy for the Boy’s and Girl’s Championship game.  The players whose stickhandled the best in that game would be awarded the trophy.

With out fanfare or social media hype, we started our tradition last year.  In the inaugural year 2020 – 21 (2) Gentry Players were awarded Stickstow Trophies.