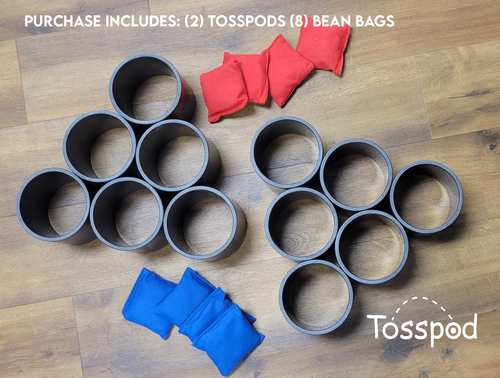 TossPod is a simple, easy-to-learn game for tailgate parties, barbecues, summer get-togethers or any occasion!  Easy to travel with.  Kids can play in the hotel room.  It's like corn hole, tailgate toss, or bean bag toss. Tosspod is the six-hole game that is easy to setup and provides endless fun. 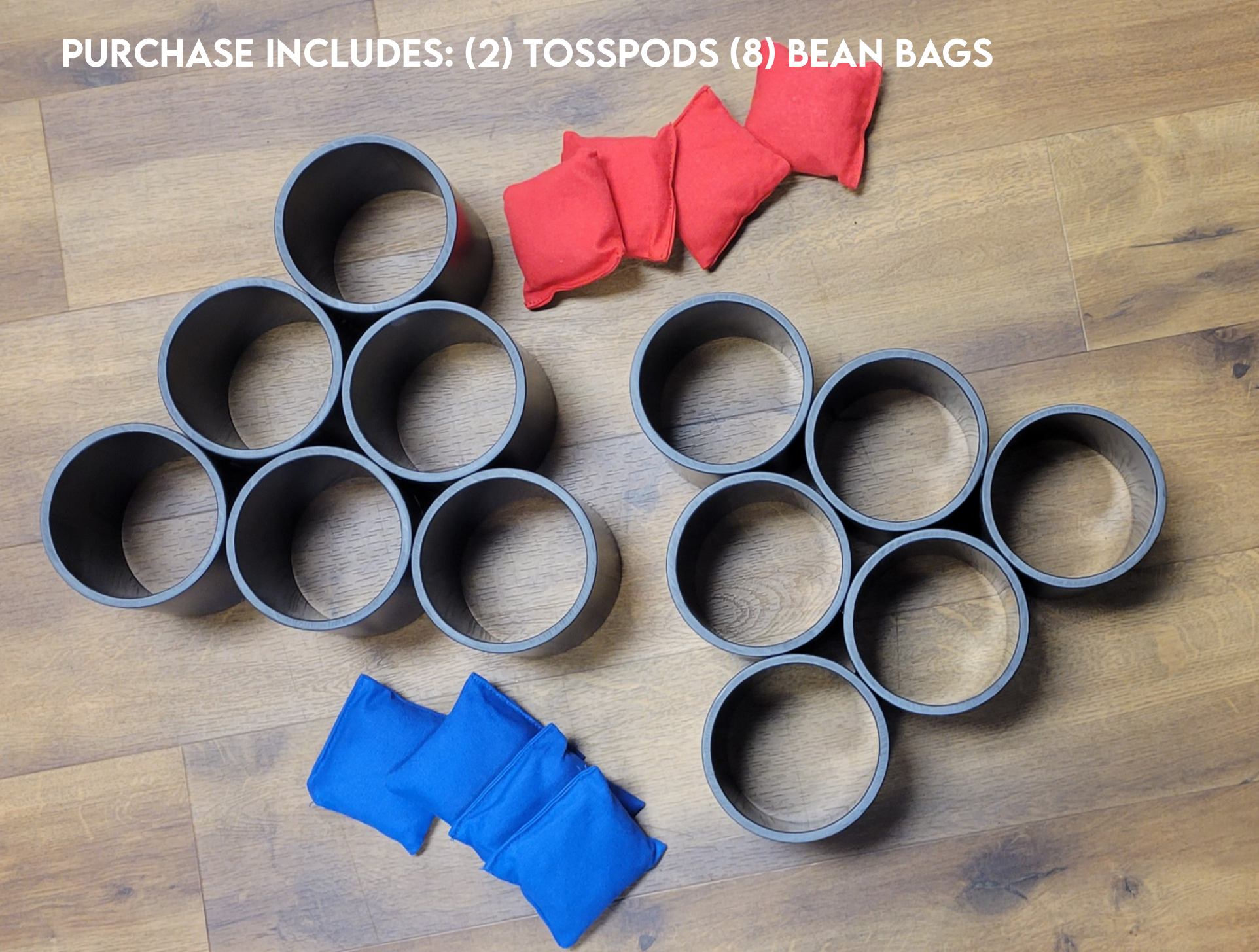 Object of the Game

With Tosspod you can use really anything like a bean bags. The object of the game is to toss bags into the target holes. The player or team that reaches 21 points first after all the tosses wins!

Place one TossPod goal on a level surface. Place the other 10′ to 15′ away.

How To Get Started

TossPod can be played by singles or doubles. In doubles teammates split up and stand on opposite ends from each other. A player from each team competes against the opposite team’s player who is at the same pod.  In singles, both stand on the same end to toss.

Player stands next to the Tosspod. Player one, tosses and player two follows with a toss. Alternate until everything has been tossed. 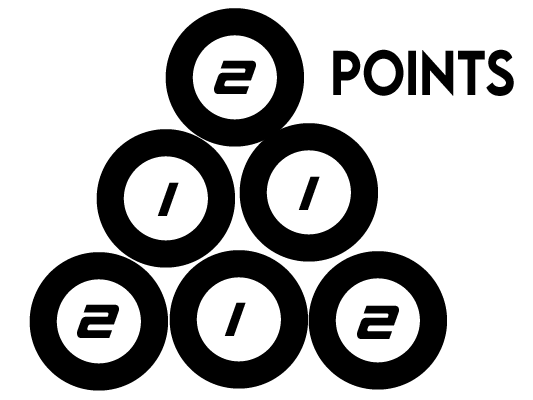 If the first player or team reaches 21 points in a round, the opposing player or team must be allowed to take their turn. In the event of a tie, the game goes into “sudden death” mode and the player or team who earns more points in that round wins the game. If there is another tie, repeat the sudden death round until a winner emerges.

Wide application: the TossPad game has a simple design that is easy to understand.  Also, convenient for you to carry, suitable for outdoor parties, cookouts, school sports curriculums, community events, barbecues, and other occasions, bringing you endless fun.

Nice gift: The TossPod is an ideal family, party, or team games, for most any occasions.  It’s a great gift for parties, housewarming, or family gatherings.

Pick up your own TossPod game for your family and friends and let the games begin!

From the same Collection